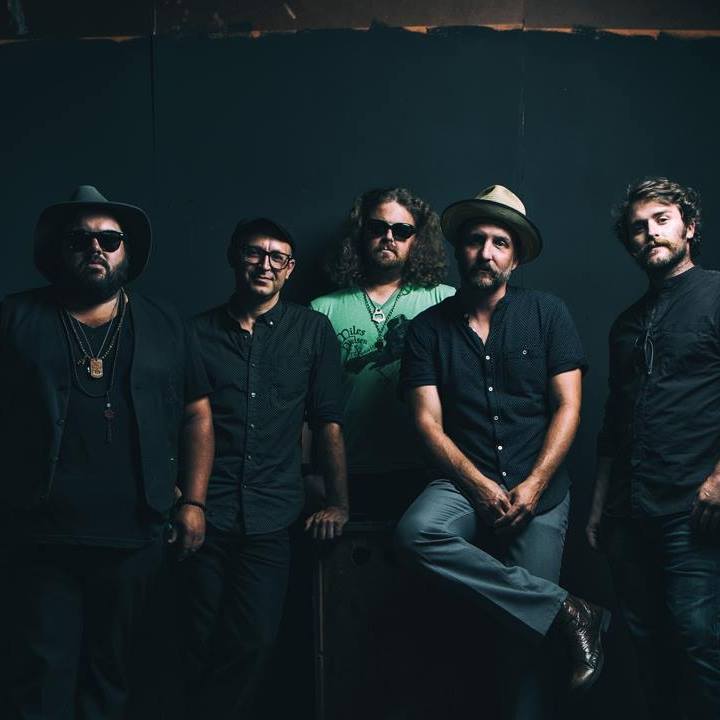 Miles Nielsen is back at Gibson Community Music Hall February 10, and the Rockford, IL-based singer will be bringing the Rusted Hearts with him for their 2023 venue debut! Christopher Gold & The New Old Things will serve as the opener, starting at 7:30!

Led by free-wheeling frontman Miles Nielsen, The Rusted Hearts have been wowing audiences for years with the diversity of their sound, the tightness of their 4-part harmonies, and the quality of their songcraft. Equally comfortable in a compact 3-minute pop song and an epic 10-minute jam, the band has toured incessantly since their inception in 2011, amassing an army of hardcore followers that have dubbed themselves the Rusted Herd. Their new album “OHBAHOY” finds the band venturing into a sphere of Americana that feels both familiar and excitingly new. Tight drums, rich guitar tones, gorgeous woodwinds, and sweeping harmonies provide the perfect complements to Nielsen’s immense storytelling gifts and impeccable vocals. The album’s name comes from an imaginary friend Nielsen had growing up, a fitting reminder as we get older to hold tightly to the noble ideals of freedom and creativity that seem so natural to us as children.

Christopher Gold is a Kentucky-born songwriter living in Wisconsin. Together with his band The New Old Things he has written and recorded folk songs, country songs, rock & roll songs, and everything in between citing a love for songwriters like Townes Van Zandt, Bob Dylan, Tom Petty, John Prine, and anybody else whose work begins with paper and pen. He travels primarily as a solo act, carrying on the folk tradition of performances that blend music, storytelling, and humor.